Change is Coming for the Petersons - New Year 2011 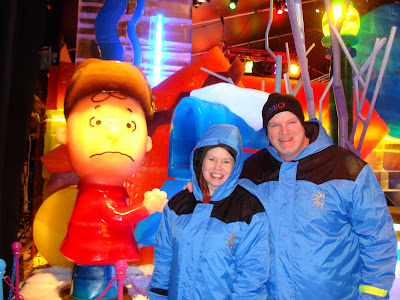 Can we really already be in 2011?!?!?!?! It seems like just a few weeks ago that I was typing our annual letter at the beginning of 2010!!!! I guess the old adage is true: Tempis fugit! (Time flies!) Here's how the past 12 months have flown for the Petersons: 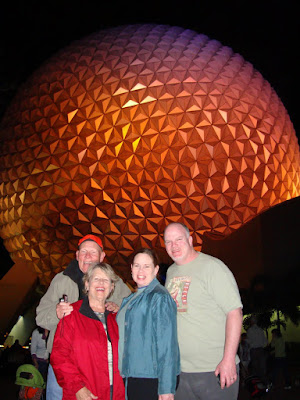 We began the year having just returned from spending the Christmas holidays with Allison's folks just north of Orlando. While there we were "forced" to experience Disneyworld for the first time: one day each at Epcot Center, Hollywood Studios, and Animal Kingdom.

Upon returning to Dallas we kicked back into our fairly crazy "normal" routine, with Allison teaching drama, musical theater, and Bible at Covenant Christian Academy while I continued teaching ESL (English as a Second Language) 32 hours per week while taking 14 units at Dallas Theological Seminary. 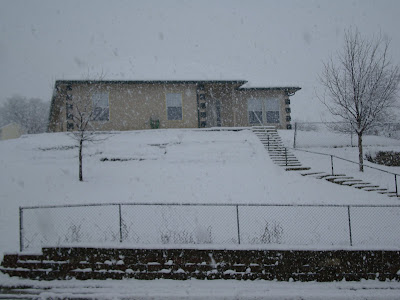 My mom was in poor health to start the new year. She had a tremendous bout with pneumonia that kept her in the hospital for over a month and then at a board & care facility for another month. I went out for almost a week during my spring break in March to help her get set-up at her home in Rio Vista. Thankfully, she's made a great recovery and is feeling pretty chipper these days. My brother, Brian, ended up on the wrong side of the law and has spent much of the year in and out of county jails in Northern California. 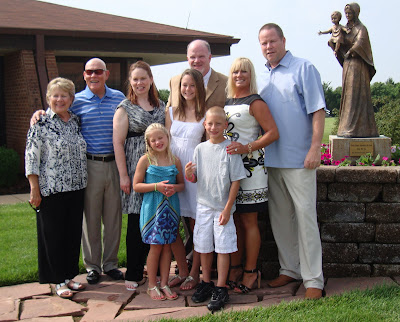 Allison directed her musical, "Little Women", in the spring, and her folks came out to enjoy a tremendous show that was fabulously directed. We also got to see them in June as we had a family reunion in St. Louis (where Allison's brother lives with his family) for her niece, Kaia's baptism. We are now Kaia's godparents in addition to being her aunt and uncle! Allison's folks came out a few days later to get a taste of the Texas summer heat before fleeing back to Orlando. In May I got the opportunity to fulfill a lifelong dream: a trip to Israel! I was offered a half scholarship to participate in the annual DTS Israel study program, so we threw fiscal responsibility to the wind, and I spent 20 days in the Holy Land, seeing an incredible variety of places throughout Israel. It was incredible!!! The only thing that could have made it better would have been for Allison to be with me!!! If you'd like more details from the trip, click on the following two links:

My daily thoughts from Israel with my favorite picture from each day:

Pictures from Israel grouped by days: 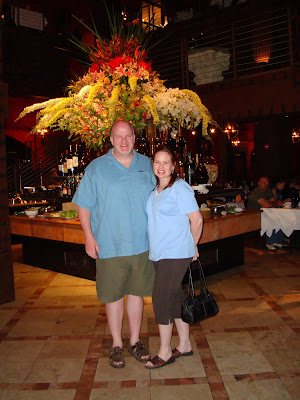 Allison and I celebrated our fifth anniversary in July! We were blessed to enjoy a wonderfully relaxing day in Fort Worth thanks to a gracious gift from my mom! I count myself to be richly blessed to have this wonderful woman as my wife!!!!

As many of you are aware, Allison and I began the process of adopting children out of the Texas state foster care system at the end of last summer (http://www.dfps.state.tx.us/adoption_and_foster_care/). It has been a rather arduous process, with 12 weeks of training, several interviews, medical exams, background checks, home studies, etc. We have been approved by the social workers and are now eligible to be matched with a sibling group of two (or maybe even three) children as they are declared eligible for adoption by the courts. From what we understand, this process could take anywhere from a few months to a couple of years (we're really hoping it will be the few months rather than a few years!). If you'd like to keep up with us on the adoption journey, please join our "cause" at this link:

After the most lengthy process I've ever been through, I have been hired to be the youth minister at the Arlington Chinese Church (www.accdfw.org)--I officially start on January 5. It has been a roller-coaster experience that began with a series of phone interviews in December of 2009 and culminated with me accepting their offer in the middle of December, 2010. I will be shepherding the junior high and high school youth programs in this trilingual church (English, Mandarin, & Cantonese--but I only speak English!). Allison and I are both excited about the ministry that we're about to join!! 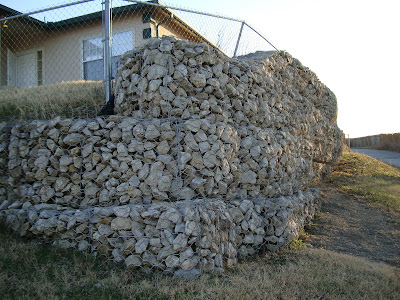 We are hoping to move closer to the church sometime in the next several months, which would also significantly shorten Allison's commute to her school. In order to be able to do that, we'll need to sell our home. But before we'll be able to sell our home, we will need to fix our 90 foot retaining wall that is slowly giving way in its center....

I have now completed 109 units toward my ThM at Dallas Theological Seminary and only have 13 to go--and there is only one course that I actually have to attend classes for on campus! So the end is in sight after three-and-a-half draining years!! I will probably finish up in December of 2011, since I'm slowing down to focus on ministry.

If you happen to think of us, we would greatly appreciate your prayers on several matters:

May your 2011 be filled with the riches of God's amazing grace!

Posted by Kevin Peterson at 8:54 PM