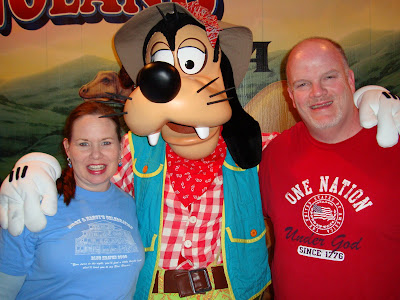 It seems incredible that we've already entered a new decade with the dawn of 2010. I don't know about you, but I think it's going to take a little while to get used to writing that! I'm going to take the next few moments to review some of the highlights of 2009 with you and then to look ahead to some things that await Allison and me in 2010.

Looking Back on 2009:
Allison and I began 2009 with the pedal pressed down to the floor! I was working three jobs (30+ hours per week) while being a full-time student at Dallas Theological Seminary while she was teaching her heart and soul out at Covenant Christian Academy, teaching drama, musical theater, and Bible. Most days we would barely see each other in the morning and not see each other again until about 10 pm, when I would get home from teaching my evening ESL class. We found ourselves looking forward to Friday evenings, because we were able to spend our weekends together. Not much has changed on that front, although I'm currently just working one job, teaching ESL (English as a Second Language) 32 hours per week at the Elite Language Institute.

Some of our highlights from 2009 center around times with friends and family. In January, over the Martin Luther King Jr. weekend, we were able to slip away for a three day weekend getaway with Matt & Rachel Montgomery and their kids, Joel, Josh, and Hannah. We enjoyed a great time down in San Antonio, which has become a favorite getaway spot for us in our time here in Dallas. 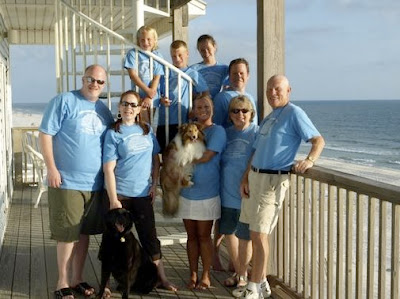 In June we trekked down to Cape San Blas, Florida, where we spent a week relaxing in a huge beach house on the gulf with Allison's family, celebrating her parents' 50th wedding anniversary two years early. In July we added a new member to our family by getting Hershey a younger sister in the form of a hyperactive, book-chewing mutt that we call Toffee. In August we flew out to California where we spent some time with my mom and brother, visited my old church in Santa Rosa & had an open house that more than 40 former students attended, and then I spoke at the high school camp for the Chinese Bible Mission of Northern California. And we ended the year by flying out to Florida to spend the holidays with Allison's parents (who live in a mammoth retirement community north of Orlando called "The Villages") and to visit DisneyWorld (my first time there).

We also began the adoption process in the summer of 2009. We are working with a Christian adoption/foster care agency here in Dallas, Buckner International. The program that we are in is for children that are currently in foster care in the state of Texas and are waiting to be adopted. We completed ten weeks of training classes this fall in addition to a boat load of paperwork, etc. We have to take two more classes in January, submit even more paperwork, and then pass two home studies before we'll be eligible to be matched for adoption. Once we've passed the home studies, we have been told that something should happen within six months....

On the seminary front, I have now completed 75 out of the 120 units needed for my ThM in Bible Exposition / Pastoral Ministries. The fall semester was my most difficult to date as I tried to balance my work schedule with 13 units, including my first Hebrew class. I managed to complete the semester, but got my first B in seminary (in Hebrew, of course). 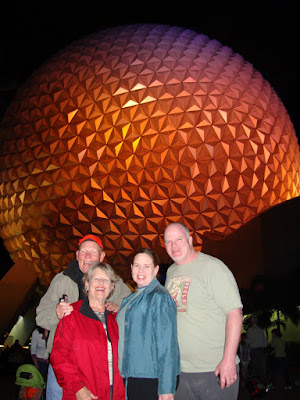 Looking Forward to 2010:
There are a number of things that Allison and I are looking forward to in 2010. The most significant of which is our pending adoption. If all goes according to plan, we anticipate adopting a sibling group of 2 (or maybe 3) children sometime during the summer of 2010. Before that can happen, we're going to have to pass the home studies (and come up with about $1,000 to pay for those studies). We're confident that God has directed us to this place, so we're trusting Him for His continued leading and provision for children.

In December we took a step of faith and plunked down a deposit for a three week study program in Israel. It's a program through DTS in partnership with IBEX (Israel Bible EXtension) that will allow me to visit places such as Jerusalem, Jericho, the Negev, the Dead Sea, Galilee, the Jordan Rift Valley. the Jezreel Valley, Ai, etc. In addition to the incredible experience of walking where Jesus walked and seeing the places where so many events of the Old and New Testaments took place, I'll also be able to earn two credits toward my degree. We're trusting that God will provide the funds necessary for the program (I've applied for a scholarship, but haven't heard back yet).

We're still praying that God will open up a door for vocational ministry somewhere in the Dallas area. I have applied to numerous churches over the past two-and-a-half years, but am still waiting for God to lead us to the right place to serve Him. Right before Christmas I completed a series of phone interviews with a church in Arlington that is looking for a youth pastor, so we'll see how God leads... By the fall of this year I am going to have to begin a 400 hour internship within a church in order to fulfill the requirements for my ThM, so we're praying that God will direct us to a paid ministry position within a church.

In July Allison and I will celebrate our fifth anniversary! We are incredibly thankful for the many blessings that we have enjoyed so far in our life together and look forward to many more years!

Wishing y'all a blessed 2010!
Kevin & Allison Peterson
(and Hershey & Toffee too) 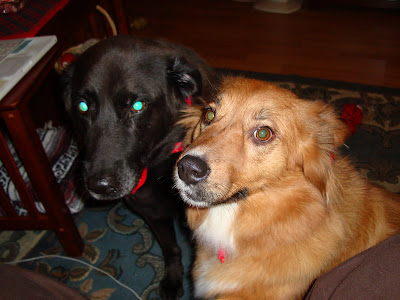 If you want to see more pictures of our Florida get-away, visit our Picasa web album here:
http://picasaweb.google.com/youthherder

Posted by Kevin Peterson at 6:59 PM