Here we are once again, Christmas!!!  Our last two Christmases have truly been different than all the Christmases that have come before--amazing what adding three girls to the family will do!!  With it being Christmas, and New Year rapidly approaching, it seems appropriate to reflect on this past year.  Here's some of the highlights from our family in this past year. 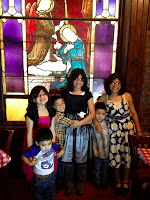 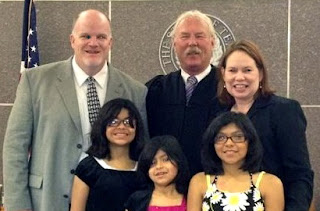 At the beginning of the year we were wrapping up our probationary period with Maria, Griselda, and Ashley--which comprises the first six months after placement.  That came to an end in February as we traveled down to Houston to appear in family court and have our adoption finalized by a judge.  It was an exciting time!!! 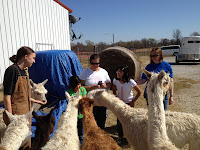 During spring break we travelled up to Oklahoma, taking advantage of our time share, and spent some quality time together.  The girls got to hang out with a herd of alpacas and catch their first fish (thanks to the kindness of an incredibly nice man we befriended at lunch one day who took us out on the girls' first boat ride after taking them fishing in his custom fishing house). 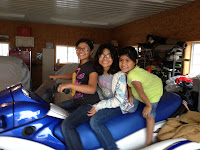 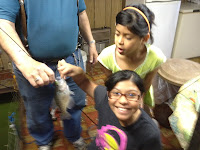 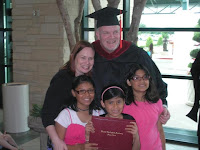 In May Kevin finally completed his quest for a ThM in Bible Exposition & Pastoral Ministries at Dallas Theological Seminary.  He got to don the funny-looking robe get his diploma at great cost, both financially and of effort! 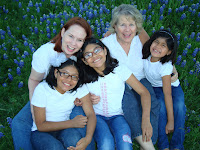 The girls finished their school years:  Ashley completing 2nd grade, Griselda completing 4th grade, and Maria completing 5th grade.  All three made a lot of progress through the school year and had decent grades, which we were thankful for!  Ashley & Griselda attended Covenant Christian of Colleyville, where Allison teaches, while Maria attended Advantage Academy, a charter school in Grand Prairie. 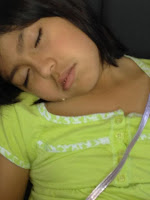 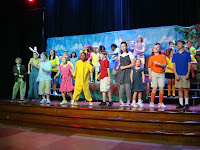 Summer was a very busy time for us!!!  The girls started the summer by participating in a theater camp that Allison directed where they put on a production of "Winnie the Pooh".

The entire family headed off to DCCYC (Dallas Chinese Christian Youth Camp), where Kevin ministered to teens as youth pastor while the rest of the family enjoyed the amenities of camp.  The day after camp, Kevin flew off to Chicago with a group of students for an evangelistic conference called SEMP.  A week later brought another missions experience as the youth from church ministered to needy children through Mission Arlington. 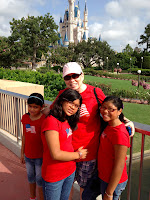 We then headed off to Florida so the girls could spend some time with Allison's parents near Orlando.  We also made the obligatory trip to the Magic Kingdom at Disneyworld! 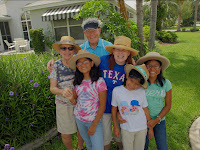 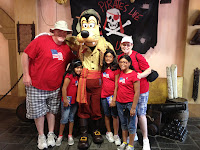 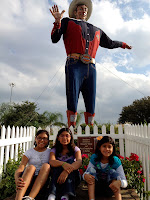 The end of summer brought a change for Kevin.  As a result of some things that occurred with Maria at the charter school she attended for 5th grade, we started looking around for another alternative for her for 6th grade.  The public school a block from our house was not an acceptable alternative--it received a 2 out of 10 rating!!  So we looked at Pantego Christian Academy, a Christian school not far from our church in Arlington.  The problem was that the tuition was higher than we could afford...  But God provided a solution:  We found out that PCA was looking for someone to serve at the chaplain / pastor for the school.  Kevin inquired about the position and was ultimately offered it, with tuition for Maria as a benefit!  So he is currently ministering to young people in two capacities:  Full-time chaplain at Pantego Christian Academy and part-time youth pastor at Arlington Chinese Church.  It has been an interesting transition that seems to be working fairly well up to this point, thank you Lord! 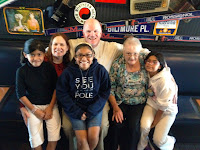 In October the girls got to meet their grandmother, Kevin's mom, for the first time.  She supposedly flew out to celebrate Kevin's birthday, but in reality it was to meet and get to know her granddaughters!

We are now enjoying our Christmas break together--our second as a family!  But it's not a relaxing break by any stretch of the imagination:  We are preparing to move to a new (to us) home in a nice neighborhood in north Arlington (between CCA & PCA) on New Year's Eve.  We are thankful for God's provision of a larger home in a nicer / safer neighborhood that is closer to church and to the girls' schools!  Now we are praying that God will swiftly provide a buyer for our home in Dallas!!! 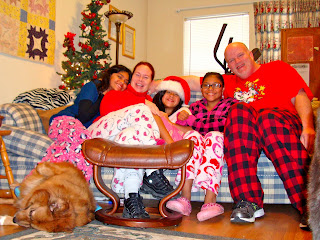 We would love to hear how things are going with all of you!!  Drop us a quick update when you get a chance!!

May God richly bless your Christmas and New Year!  And may 2013 be a year of drawing close to the God who made us and enjoying all that He has for us! 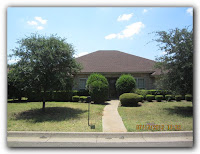 
Posted by Kevin Peterson at 6:50 PM No comments: Links to this post